On April 20th 1968 a meeting was held in the Refinery Social Club to work out details for setting up a soccer club in the Parish of Aghada.  Support for the idea was very encouraging and the following committee were elected from the meeting.

The new committee went about its work with great enthusiasm and a dance  or “Hop” was held in the Social Club to raise funds for a set of jerseys and a football.  This function raised the princely sum of 25 pounds and club Chairman Tom Scanlon was dispatched to Cork to buy Corkbeg their first set of jerseys.  These were the Sheffield Wednesday strip of that time, all blue with white sleeves and blue cuffs.  The new soccer club had a large panel of enthusiastic young players and they organised over 20 friendly games during the summer of 1968.  they then made a decision to affiliate to the Cork AUL for the forthcoming season.  The AUL notes of the Evening Echo dated the 4/9/68 read as follows.  ‘It is pleasing to see teams emerging in places like Clonakility, Whitegate, Little Island and Bishopstown“.  It is interesting to note that the affiliation fee in 1968 was thirty shillings.

The “begs” first competitive match was in AUL Shield 3A on September 15th 1968 took them to Youghal where they ended up on the wrong end of a 4 – 1 scoreline.

During the early years the club built up a reputation as one of the best cup sides in Cork junior football and among the many scalps taken in the “Club” were some big names at that time such as Cobh Ramblers and Wolfetones. 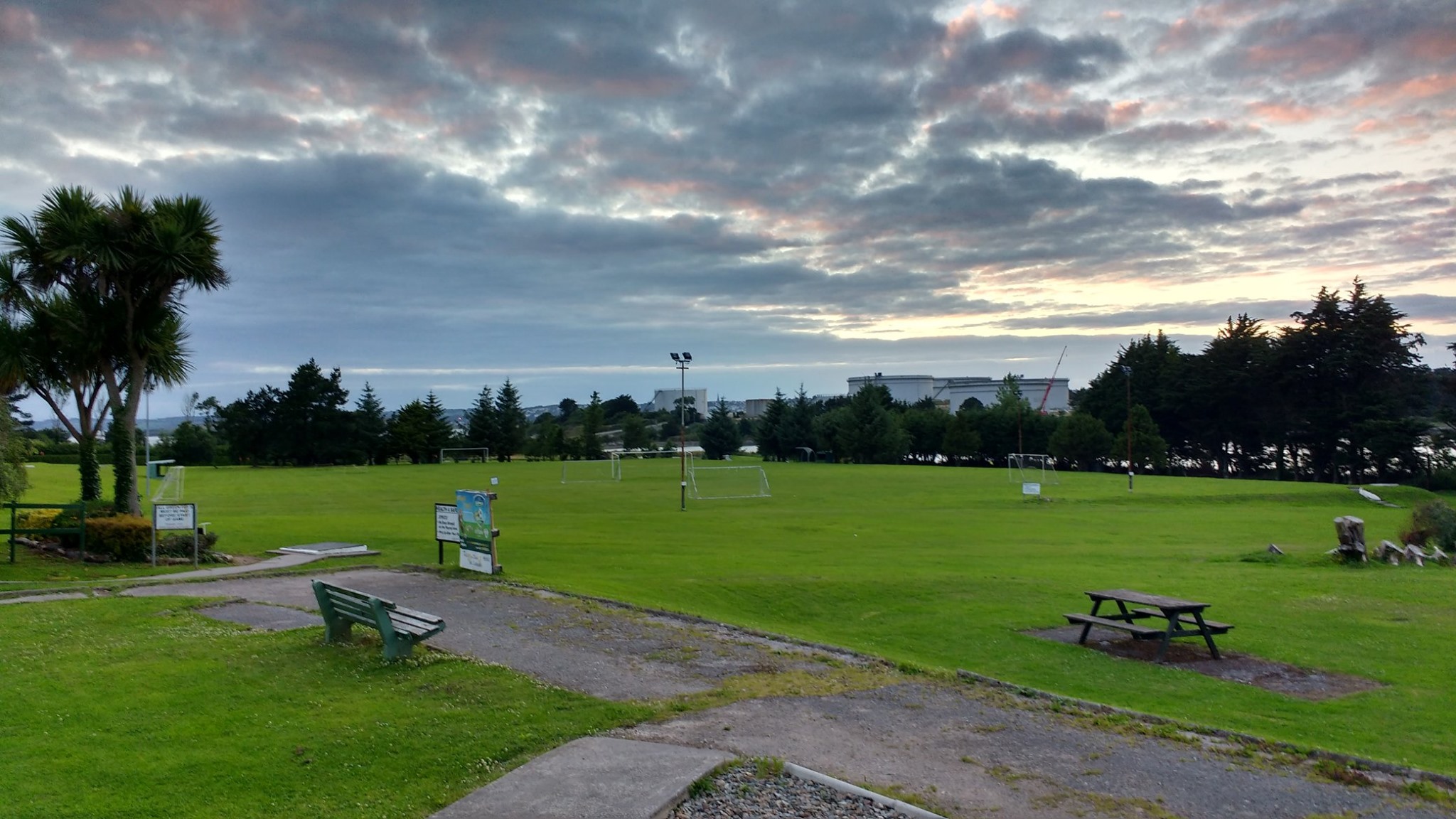 The season of 1982/83 saw the”beg” put their stamp on the Cork junior football map by capturing the Saxone and Presidents cup double. In a never to be forgotten year the club were practically unbeatable in cup football and only lost out to Mallow in the County Cup semi-final by a lone goal. Further success followed in season 89/90 when the club claimed it first AUL league trophy by storming away with the 3rd division title. The following season 90/91 the “beg” were pot hunting again and put the Saxone Cup back on display in the club trophy room with a 3-1 victory over Boher Celtic.

The “beg” were also promoted to the first division in season 90/91 by virtue of finishing runners up in AUL 2B.

More cup glory was only around the corner but first the “beg” had to endure something new!  Defeat in a cup final –losing the 1992 County Cup final to East Cork rivals Brooklodge Utd.

The “beg” didn’t have long to wait to avenge this defeat for as luck would have it both teams again battled through to the County Cup final the following year with the “beg” emerging victorious on a 1-0 scoreline. It was fitting that, in the clubs silver jubilee year, the man to receive the cup was Joe Sheehan who had given outstanding service to the club both on and off the field since its foundation in 1968.

As with all clubs, success comes in cycles and the” beg” had to endure a few years in the doldrums culminating in relegation from the first division during the mid to late ninety’s.

A new exciting team emerged at the turn of the millennium and they etched their names firmly in the club history by remaining unbeaten in their league section AUL 2B for the whole season of 2002/2003 – A truly remarkable feat at any level of sport.